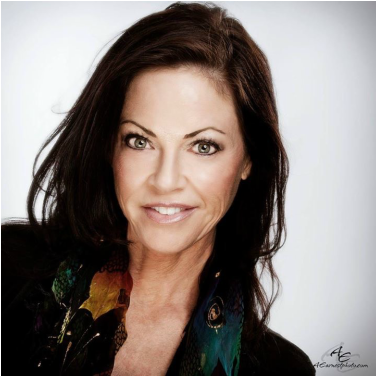 Denise Livoni has been studying the benefits of a raw diet and nutrition since the mid 1980's, but her love for the brightly-colored, flavorful foods developed much earlier than that. As a child growing up in the 60's and 70's in Southern California, her most cherished memories were of her mother taking her to the local farms, forests, deserts and the wilderness to pick fresh fruit, vegetables, herbs, teas, nuts and seeds. Denise was also brought up to appreciate juicing, dehydrating, sprouting and using food as a healing tool. It wasn't until later Denise realized how profoundly the knowledge and skills learned at an early age would shape the rest of her life.

While the processed and fast food industry was growing, the effects of the increasing additives, preservatives and toxins were wearing on Denise's health. She started looking for answers and decided to take a more aggressive approach by reading and following Harvey and Marilyn Diamond's "Fit for Life". This was a turning point and confirmation for Denise that our bodies respond to food. It was also the beginning of a deeper understanding and appreciation for a raw food diet and alternative methods of healing.

Denise also fed her passion for beauty by attending Cosmetology school in St. Petersburg, Florida in 1997. She later received her license in California and is currently licensed in both states. Denise realized that, because of the way our bodies respond to a good, nutritious diet (especially raw fruits and vegetables), the food was actually more valuable and advantageous than any other beauty secret, procedure or daily routine.

Throughout the years Denise has attended countless accredited and non-accredited classes on nutrition and methods of cleansing. Denise furthered her education in 2010 by attending the Living Light Raw Culinary Academy where she received her Raw Chef and Teaching Certification. Also, in 2013 Denise was awarded a full scholarship to the Optimum Health Institute in San Diego, CA. At OHI she was able to participate with a large group of people attending the program on a 100% raw food diet and witnessed the physical, emotional and spiritual change of others by method of a natural approach to becoming whole again. During her years of education, Denise has had the honor to learn from and attend classes under world renowned raw chefs and teachers including Cheri Soria, Jennifer Cornbleet, Paul Nison, Joan Jackson, Dan Ladermann, Martine Lussier, Alissa & Staci Cohen, and Dr.’s Rick and Karin Dina. In 2014 Denise was featured in a video with "Slim in 6" creator and fitness expert Debbie Siebers.

Denise now lives in Orange County California living out her dream of helping others find their success at becoming more beautiful inside and out.